No thanks, I'm already subscribed

Volquartsen Firearms engineers the world's finest rimfire rifles, pistols and parts. We recognize that "handcrafted" doesn't always mean "well-crafted", and that "Made in the USA" doesn't always equate to quality. It's why we're proud our guns and parts are designed and engineered to the highest standards, in Carroll, IA — using only the best possible materials and technologies.

For over a decade, Dad worked nights and weekends developing his craft. It wasn't until the mid-1980s that he decided to take the business "full-time." He worked on all makes and models of firearms, and he was fortunate enough to have several articles appear in major firearms publications in the late 1980s. In 1989, he had the honor of appearing on the cover of *American Handgunner*. This started a demand that would change the course of business.

Build Firearms Worthy of Those Who Use Them

We manufacture every firearm and accessory using only the highest quality materials and production methods, ranging from time-honored hand tooling techniques to custom in-house CNC and EDM precision-built technology. Every gun we build is assembled from start to finish by a single technician who also test fires each gun before it’s ready to ship. All of our firearms include a certificate of authenticity signed by the technician who assembled your gun.

Each product is a promise - and we take that very seriously. 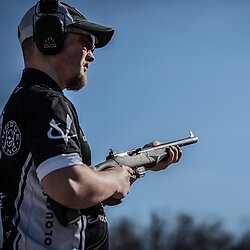 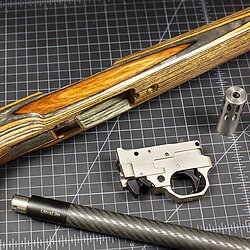 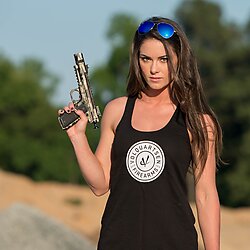 ©2020 Volquartsen Firearms
All serial numbered items must be shipped to an FFL dealer.
Contact webmaster@volquartsen.com with website issues or suggestions.
10/22, 22/45, Mark III, and MK IV are registered trademarks of Sturm, Ruger & Co., Inc.